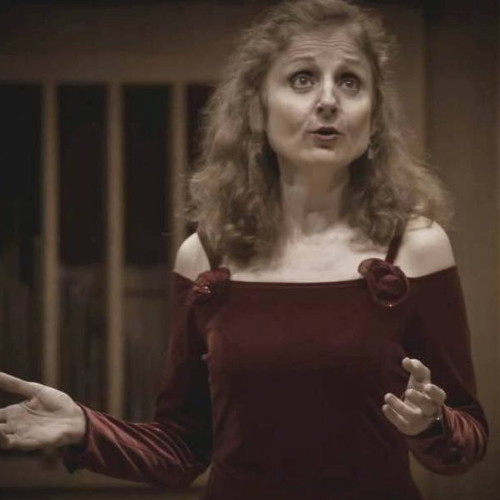 BOOK A LESSON WITH DIANA

I have taught adults and children to develop their voice, and sing in different languages. I am experienced at teaching good pronunciation while singing.

I also run classes in:

I teach students in my Home Teacher Studio in Heidelberg Heights, VIC

I travel to student’s homes around my area to teach,

I teach lessons from my own studio online via our easy to use Zoom connection, so students have the convenience of playing their own instrument, in their own home.

A BIT MORE ABOUT DIANA

How I Teach & My Teaching Philosophy

Music makes life more worthwhile. I have been singing since age 8, and I would love to contribute with my skills and passion for singing. I have intricate and unique understating of the process of singing and making music, and would love to impart that to the benefit of others. I would like to see others get to a point of proficiency where they are having fun with singing and playing music. My Teaching Philosophy is that everyone can sing if shown how, and if taught how the voice works. I am creative in my teaching method. I tailor it to my student, because I am able to put myself in my student’s shoes, and then I work out what it is the student needs to get from point A to point B. I show how things are done, with my own voice, and I say what one needs to do. I describe what needs to change, and suggest imagery in order to shape the desired outcome. I use repetition, and feedback. I do not just skimp over the exercises. I am very focused. I pay attention to the whole body in singing, and give feedback and suggestions as to what needs to be adjusted to make a difference. In teaching songs I cover rhythm, pitch and diction, as it needs to be articulated for the particular piece. I teaching piano, I pay attention to posture, hand and wrist position, and encourage repetition. I use books appropriate for the age of the student. Overall my approach is to help the student understand the details of the piece, including rhythm, dynamics and phrasing. I teach the student how to count the notes, and then say them in the correct length, bar by bar, before playing them. In general, everything is done step by step, until the final piece is mastered. My communication skills are such that I can explain things clearly until the student understands it. I have a psychology background, which helps in task analysis, interaction, empathizing and communicating. I can teach more than just voice coaching or basic piano playing – I infuse the process with meaning and fun, that is the creative aspect of my teaching.

I have sung with pianists, orchestras, and bands.

As a child I sang in Choir “Bodra smyana”, Bulgaria
I am a Soloist in the Bulgarian Church in Melbourne
I was a Vocalist in “Kavalcade”, Bulgarian folk music band – performed at Woodford Festival, St Kilda Festival, Maldon Festival, Brunswick Street Festival.
Chorus in “La Traviata”, Melbourne Opera Company 2009
Chorus in “The Merry Widow”, Gilbert and Sullivan Society of Victoria 2009
Solos in Gilbert and Sullivan operettas with a semi-professional group in Melbourne – 20010-2013.
Concert for 10 best buskers in Melbourne – 2010. I sang “Habanera” from Carmen by Bizet
Member of the Melbourne Philharmonic Choir – 2010-2013. Sang a solo of Vivaldi’s Gloria in August 2013.
I have been performing solo concerts in Bulgaria – eg. 2014, at the Anthroposophy Convention in Varna, where I sang an aria from the opera Samson and Delilah by Saint-Saens.
I was part of a concert with Vidin’s Simfonieta’s orchestra at the Baba Vida Fortress at Vidin, Bulgaria., July 2015.
“The singer” – my own cabaret show using opera and musical pieces, telling the story of a woman’s life and her development as a singer – performed at Lyndarum Lifestyle village, Epping, Victoria, in 2017.
Chorus in “Otello” by Rossini, Melbourne Opera Company, 2018.
Repertoire from concerts and productions at the National Musical Academy in Bulgaria –
1.Scene from “The Tales of Hoffman” by Offenbach. 2. Handel’s Messiah solos.
3. Von Ewiger Liebe & Die Mai Nacht, Brahms. 4. Ombra Felice, concert aria by Mozart. 5. Il Segreto per Esser Felici, from “Lucrezia Borgia” by Donizetti. 6. Mother’s Aria, by Parashkev Hadjiev. 7. Va l’error mio palesa, from Mitridate, by Mozart. 8. Berta’s aria, The Barber of Seville, Rossini.
9. Marcelina in Suzanna’s duet from “The marriage of Figaro by Rossini. 10. Olga’s and Tatyana’s duet from “Evgeni Onegin” by Tchaikovsky. 11. Moy Angel, moy geniy, moy drug, Tchaikovsky. 12. Sgomra e la Sacra Selva, from “Norma” by Bellini.13. The role of the mother and grandmother in “Little Red Riding Hood” by César Cui – production directed by Christopher Holman. 14. “Dove sei” from Rodelinda by Handel.

We Accept all major Credit & Debit cards via Stripe.
Shipping varies from $7 – $20.